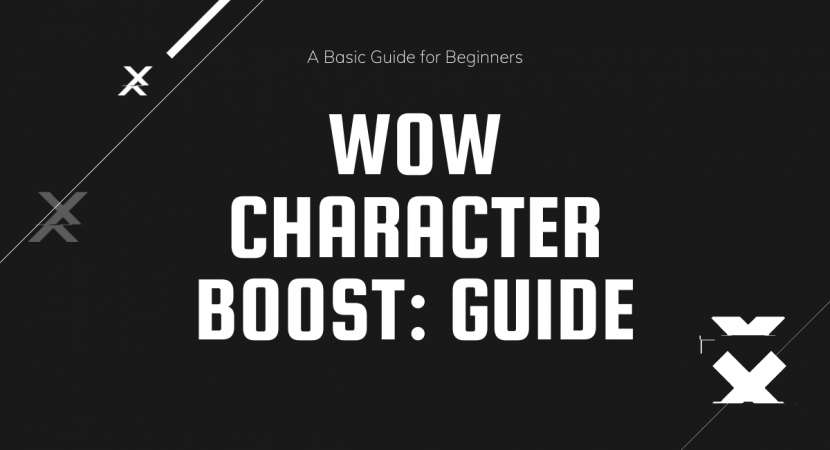 Since its inception, World of Warcraft has been known for its vibrant real-cash economy. In fact, WoW was one of the pioneers of in-game purchases. To this day, players can use real money to buy items and levels and secure numerous other benefits.

As time went by, Blizzard and third-party companies introduced new and more refined types of boosting. While most of these services are unnecessary, players decide to buy them as a way of saving time and nerves.

In this article, we’ll talk about the main reasons why people use boosting and the types of boosting you can find online. Then, we’ll share a few tips on how to find the right service provider.

The main issues with World of Warcraft

Aside from revolutionizing the RPG genre and online gaming, World of Warcraft quickly became notorious for its addictiveness. Teenagers, but also adults, would spend days and weeks grinding the loot and finishing difficult end-game raids. Even when you reached max level, there were daily quests, PVP arenas, and dungeons that would entice you to keep playing.

It didn’t take long for controversies to start piling up. Parents and society as a whole were outraged by the game’s concept, which had an extremely negative effect on young people worldwide. Even worse, no matter how much time players invested, they could never be satisfied with the results as there was always something else to do.

Players were enthralled by this vivid world, but they simply didn’t have enough time to consume all the content that was put in front of their feet. Ultimately, they would have to choose between doing things they like and pushing forward with the level and item progression.

Some of the tasks quickly became repetitive and boring, so wealthier users decided to outsource them to external providers. This is how the first boosting services came to life.

Why do players boost their characters?

Here are some of the main reasons why people hire third-party companies:

The best thing about boosting is that everything is on your time. You don’t have to spend hours upon hours waiting for your guild or PVP teammates. Furthermore, you can take back control of your character from the service provider whenever you want.

These services are especially popular among veterans who have already finished all the content and don’t want to play the same things once again.

What are the most common WoW boosting services?

Given the World of Warcraft’s nature, there are so many things to boost. Here are the most common services that you can find on just about any major site:

Raids and mythic dungeons are, without a doubt, the game’s most challenging content. World of Warcraft dungeons and raids are beautiful and interesting, with numerous small features and intricacies. Here you can find the best items in the game.

To beat their bosses, your group needs good coordination and strategy. Unfortunately, this also means you can easily get wiped without finishing the instance. Repetitive failure during raids is one of the most common reasons why guilds disband. And trust us, there’s nothing more stressful in games than a bunch of people yelling at each other and pointing fingers.

If you wish to try your luck in one of the top-tier raids and mythic dungeons, you need to learn all the mechanics. You also need excellent gear, as you simply can’t beat the content if you’re too weak. In other words, if you just reached the max level, you shouldn’t even consider trying them.

This is where boosting providers come into play.

Most companies give you two options. With the first approach, a booster can take your spot in the party, and by relying on top-tier gear and know-how, they can easily finish an instance. Alternatively, you can play the dungeon yourself, with your character, surrounded by a team of experienced boosters.

In WoW, PVP is significantly different from PVE. Not only do you use different skills, but you also rely on special PVP gear, which you can only get by grinding the same PVP battles.

Lots of gamers prefer battling against other humans to finishing raid bosses. This makes sense, given that PVP tests your reflexes and cunning against players of similar skill. Furthermore, unlike big raids, you don’t have to prepare for hours only to be wiped in the first 30 minutes of a playthrough.

These types of boosts only make sense if you wish to play more PVP later on. The gear doesn’t really work against regular monsters, so the grind is, for the most part, useless.

However, there are a few reasons why you should grind player vs. player, even if you’re not a big fan of the concept. For example, it gives you the opportunity to get valuable mounts and finish specific achievements. This makes it worthwhile, especially if you’re a veteran player.

Paying for a boosting service will make things much easier. These companies have gamers who specialize in PVP and have the best items and meta builds.

Powerleveling is a concept that has become popular with WoW.

When World of Warcraft was first introduced, it was considered the grindiest game ever. Unlike the other old RPGs, where you could finish all the content in a few days, you needed several months to fully level up your character in WoW. What’s worse, for many players, the game only starts when you reach the max level.

Because of that, the leveling became an afterthought. This was especially true for veterans who had already seen all the areas and finished all the quests. Whenever they start with a new character, their main goal is to reach the end-game content as soon as possible.

Leveling was especially tedious for people who were playing their second or third character. These gamers have already seen the world and are bored grinding quests for the second time. On the other hand, they’re not experienced enough to quickly finish the content.

A booster can help you out by joining your party and clearing monsters with a maxed champion. The two of you can enter difficulty zones, which you couldn’t finish alone. Alternatively, you can share your account, and a company will do all the heavy lifting while you sit back and relax.

Among others things, you can hire a company to grind a specific item for you.

This is a bit different from your regular dungeon and raid boosting. Instead of paying for a single dungeon run, you pay a company to retrieve a specific item. This type of service is much more demanding than the individual raid runs because a booster has to finish the same area several times.

As a result, this kind of service is more expensive and takes more time to complete.

Nevertheless, gold is crucial for your progression. You use it for several rudimentary daily actions, such as replenishing raid inventory or repairing equipment. As you’re leveling up, you can use gold to learn character skills and riding.

Gold quickly gets depleted once you start raiding. The only way to make more of it is by playing arduous daily quests and selling crafted items. As a result, you’ll spend the entire morning and afternoon grinding gold, which you will spend for raiding in the evening.

To circumvent this issue and prevent boredom, people spend real money to buy World of Warcraft gold. Although some people don’t consider purchasing in-game gold as a character boost, in a standard sense, it’s still something that has a major impact on your progression.

Achievement boosting has some similarities to gold purchasing. Although these two don’t necessarily make your character stronger, per se, they are very important for your WoW experience.

When you hire a third-party company, they can finish all the in-game quests that you were previously struggling with.

How to choose a character-boosting company?

Due to the nature of these transactions, you should be very careful when choosing a service provider. Top-tier World of Warcraft accounts are worth several thousand dollars, so you don’t want to give access to a company that will misuse or sell your belongings.

Here are the main things you should consider:

Given that some of these accounts are extremely valuable, you pinpoint providers who can protect your private data.

The best companies use VPN, so it seems you’re the one playing at the moment. Some of them also offer live streaming allowing customers to monitor boosters in action. Most notably, all the best sites have their own teams of vetted, experienced boosters.

Of course, the company’s servers and boosters should have fantastic antivirus and antimalware protection. That way, no one can steal your password while they’re working on your account.

There’s no reason to pay for one of these services if you don’t get your money’s worth.

Although you can never be certain that a raid will go according to the plan, you should hire guys who have a high rate of success. It’s also much better if they can deliver fast results.

The prices for this particular service can vary significantly from company to company. They can also differ depending on the type of boosting. While this isn’t the most important factor, you should still go with the lower-end option.

These two elements are more technical than anything. Basically, anyone would love to have a dedicated customer support team that will cater to all their needs. You also don’t want to struggle with the payments; companies that support numerous payment processors should always have an advantage.

If a service provider can fulfill these requirements, you should put them at the top of your list.